The majority of our recent work has involved imaging methods developed at UNB which permit rapid flexible and quantitative MRI of short relaxation time nuclei. SPRITE and its derivatives permit investigation of a large range of experimental systems which are inaccessible to conventional MRI methods. In recent years we have developed a suite of low field portable magnets for dedicated MR analyses.


The MRI Centre includes an electronics work bench and facilities for the construction and testing of RF probes. The MRI Center also has dedicated chemistry laboratory equipment as well as a separate sample preparation lab. These labs include a water still which produces doubly distilled water, two controlled temperature/humidity environmental test chambers, and a small mechanical workshop.


A data analysis laboratory housing a small library/meeting and a variety of computers is located next to the magnet labs. This facilitates close interaction between students working on various projects. We employ MatLab for image and data analysis, in addition to simulation. CST is employed for electromagnetic simulation. All computers in the lab are fully networked and are connected via the network to several high resolution laser printers in the MRI Centre. 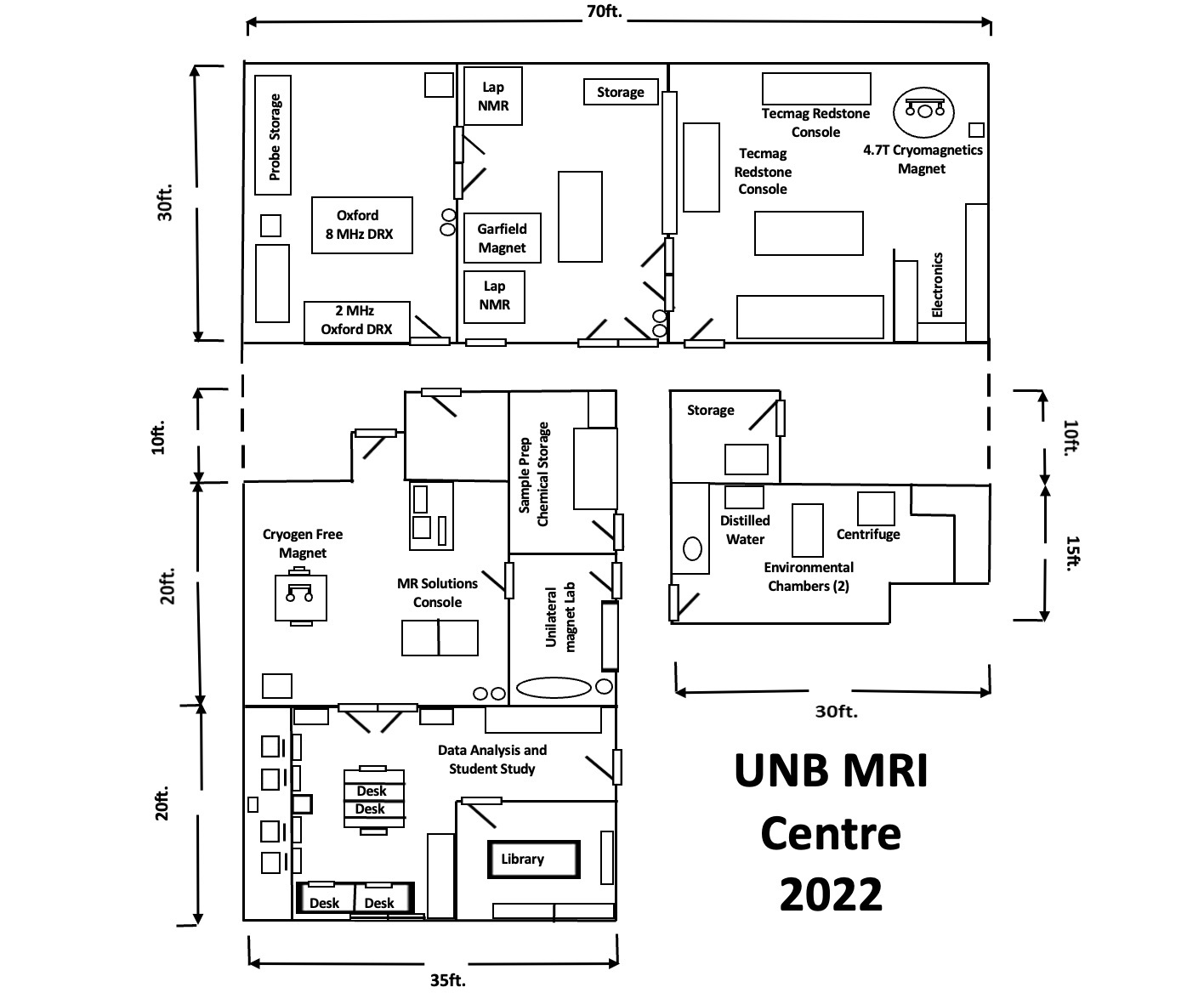 The above schematic shows the layout of the MRI Centre, and the location of major pieces of equipment within the facility. The total floor area is approximately 4400 square feet.